Planned gift disclosure can make a huge difference for nonprofits and foundations–which often don’t know whether donors have included them in estate plans until after the donors’ death. With more legacy gift information, organizations can plan innovatively by estimating their revenue pipeline. And they gain opportunities to steward donors and deepen engagement with the organization–and even establish additional support. 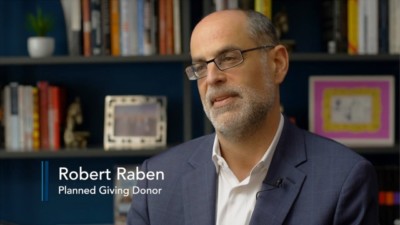 The key to this tremendous additive value paradigm is encouraging donors to “disclose” their planned gifts. In fact, many donors are willing to disclose a planned gift. A common story goes: “A donor was once asked why they didn’t make a gift. And the donor responded: ‘You did not ask.’”

What is  the best way of making this disclosure ask?

Based on the case of Compassion & Choices, a nonprofit organization advocating for choice at the end of life, a planned gift disclosure video is an effective and cost-efficient tool that can actually energize donors about disclosing planned gifts and initiating a conversation.

What is a planned gift disclosure video?

Many planned giving videos feature donors describing their motivations for making a planned gift and even the giving vehicle they used (bequest, trust, CGA, real estate, etc.). Essentially, these videos are a model for others to think about creating this type of gift. But this idea can be taken a step further, focusing on the disclosure itself. The video below features Robert Raben, a leader in activist circles and well-known to many Compassion & Choices supporters, as well as a major donor. In this conversation with Kim Callinan, the President-CEO of Compassion & Choices, he shares why he disclosed his planned gift to the organization and why he encourages others to do so.

Watch the video, and then read on to see the exciting results Compassion & Choices achieved.

Compassion & Choices posted the Disclosure video on its website and social media platforms along with five other planned giving donor videos produced by MiniMatters. Those videos focused on specific gift types and leveraged the organization’s leadership on behalf of planned giving by featuring gifts of the President-CEO and her husband, board members, and other donors.

Compassion & Choices gift officers as well as advocacy staff showed these videos to supporters on their computers and iPads, featured them at events, referenced them in magazine ads and sent email blasts with the videos tied in.

According to Compassion & Choices Planned Giving Advisor, Samuel Young ESQ-LSW: “The responses have been significant and positive for our planned giving cultivation, outreach, new gifts, and stewardship. We have regular responses/replies coming in every week that serves as a great connector to planned giving donors and prospects from all sources. It is also building a planned giving culture of philanthropy, whereby the entire organization is an advocate for legacy giving, while we also build out our planned giving toolbox.”

As for the Disclosure video in particular, Sam writes that just from an eblast from Kim Callinan, the President-CEO, who is in the video, Compassion & Choices:

And he mentions that responses and gifts continue to come in as a result of the video, even several months after the initial peak period following the eblast. He attributes this to the overall culture of philanthropy, the specific disclosure call to action, and the collaborative synergy of the Compassion & Choices five other MiniMatters’ planned giving donor story videos. 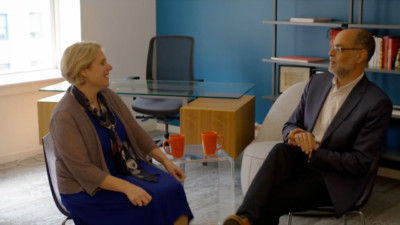 res that helped the disclosure video achieve these results were:

A planned giving disclosure video can generate immediate and diverse responses from donors as described above. Because this video was produced on the same day as another video, the entire production (preparation, filming, and editing) cost only about $4,000. And the project both served to steward Robert Raben as a major/planned giving donor and to create an important new marketing piece that can be repurposed in eblasts, social media, and the website. While many people assume that video is expensive and complicated, video often costs less and is easier to produce than print collateral which involves writing, design, and often additional mailing costs with far fewer outlets to utilize.

If you are interested in hearing more about how planned giving videos can be powerful and cost-effective, contact us to talk in person, or you can describe your project and request an initial estimate online. You can also review our Planned Giving Services, including many video samples on our website. We even do animated planned giving videos! 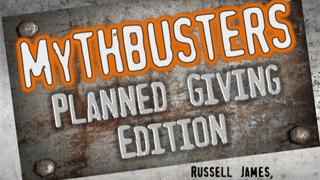